This is just before the end of the level where you slide down plywood. It is on a table with a lantern and files in the two-story building you come across approximately halfway through the mission. There are two snowplows outside the entrance. It is on a table next to a cabinet in the hangar with a rocket in it. The table is in a room in the back right corner. You will need to pass through this hangar to continue the mission.

It is on a pallet that is almost completely covered in snow at the end of the ship. It is right before the stairs to the right. You must grab this Intel before you use the rope to get off the ship and before time runs out. It is lying against the wall near the west corner of the hut. It is right before you knife someone in the back and just after knifing someone in their sleep after climbing through a window with Woods.

It is lying on the ground inside the hut at the end of the village. It is straight ahead from where you enter the village. 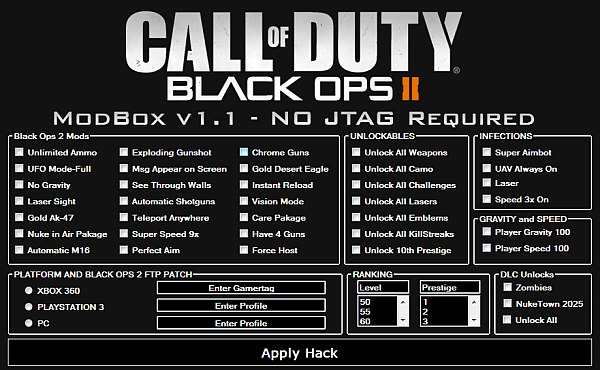 The Intel is in the east corner of the hut. The village is just after the river area you swim through and plant explosives. It is in the left tunnel after Reznov helps you move a barrier blocking the path to the next tunnel. When you lead the way, instead of going straight, go left.

It is lying on the ground against a rock on the right-hand side of this tunnel. It is on a crate next to some barrels at the beginning of the mission. It is just before you get on the boat and after the helicopter. It is right after you get off the boat. It is lying on the right side of the dirt path in front of you next to a rock as you follow your squad towards the next objective. It is on a rock just below the crashed plane. When you start to descend from the wing, it is right below you before you enter the plane.

It is where you breach the barracks with your squad. It is the second time that you leave Blackbird. It is down the steps to the left on the desk as you enter the barracks.

It is on a bench inside of the utility room located in the communications tower. It is on the second level, which is the level you enter the door from at the far left corner and right before you head down the stairs. It is on a table with explosives in front of the office that is inside of the large warehouse with explosives everywhere else. You can grab this Intel before or after entering the office. However, it is easier to get it before entering since there is not any resistance.

It is on a shelf inside the large ammunition room you enter after going through the left or right tunnel when you escape. It is on the right side of the room. You must grab this Intel before continuing and exiting the underground area with Woods. It is on the table with a radio to the right of the tent when you exit the underground area. You must grab this Intel before getting in the helicopter with Woods.

It is right after you have freed the POWs. It is on a crate in the area to the far left just before you reach the building where Kravchenko is inside on the second floor. It is lying on the ground next to the crate to your left as you exit the shipping container that you were hiding in. Kill the enemy in front of you, grab the Intel, then move quickly so you do not get spotted from the helicopter in the area.

It is on a cage with a monkey in it inside of the containment unit in the center of the room. Do not shoot the enemy inside; instead knife him. If you shoot him, the containment unit will close, making it impossible to grab the Intel located inside of it. However, if you make this mistake, simply die, and start from the last checkpoint to try again. It is shortly after you have put on the gas mask when the area gets gassed with Nova 6. You will first pass through one house, and then continue up the road to reach the next checkpoint.

Before you go into the next house with the checkpoint, there is a house in front of it to the right that contains the Intel. It is sitting on the cabinet with a bunch of pots. It is on top of a vending machine in the first hallway to your left after you have broken out of the chair and stumble through the doors. It is inside the trash can to the right on the left side of the wall after you exit a room that triggers a long flashback cutscene.

This is right after Intel It is on the desk to the left inside of the first office room you come across after you have a flashback with JFK as you head down the long hallway with the rocket taking off in the background.


It is just behind the first shipping container you come across. It is lying on the ground under the door.


It is right before you need to use the Valkyrie Rockets to take out the two helicopters above you. It is in the second room you enter when you are inside the ship. It is under the table in front of you with a bunch of crates as you enter on the other side of it. This room is after the locker room. It is in the office room at the end of the mission before you fight Dragovich.

It is under the left desk with the phone.

This office room is right next to the control room which is flooded on the lower level -- the room you enter just after going up the stairs. The following is a list of perks and their effect. Successfully complete the indicated challenges to unlock the pro version of the corresponding perk. Get the indicated number of consecutive kills in Multiplayer mode to get the corresponding bonus:. At the battle of Khe Sanh, you are told to clear the trenches, but it is not exactly clear how to do this. You must run to the two giant striped barrels near the bottom of the hill and kick them down into the trench.

Hide behind the sandbags, and shoot at the Viet Cong until it is relatively clear. Then, run to the nearby barrel, and follow the prompt to stab it and kick it down the hill.

Press [Use] when near each of the meteorites. When all three have been activated, the song "Pareidolia" by Elena Siegman will play. The power switch is located on the half-sunken ship to your right when you start.